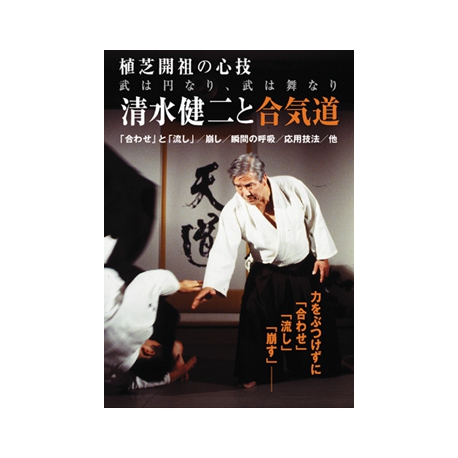 SIMIZU Kenji was born in Fukuoka in 1940. At the age of 13, he began practicing judo (he now has a 4th dan from Kodokan). After graduating from Meiji University in 1963, he start training aikido with Master UESHIBA and becomes one of his last Uchideshi. When O sensei died in 1969, he opened his own dojo and in 1982 he founded his own school in Tokyo, the Tendo Ryu Aikido. Master SHIMIZU spreads Aikido in Europe, especially in Germany.

He transmits in this DVD the techniques and the spirit of Aikido the way he learnt them from the founder of the discipline.

The contents of this DVD " SHIMIZU Kenji to Aikido"