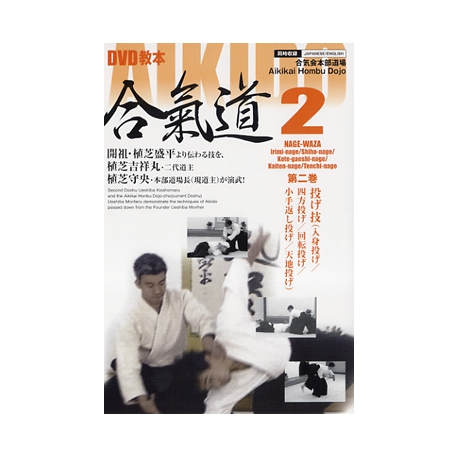 With this DVD you can review and learn the techniques demonstrated by Master UESHIBA.

We offer a broad assortment of DVDs covering almost all existing Japanese martial arts, some very famous - karate, judo, kenjutsu -, others less - sojutsu, buki jutsu, kobudo - as well as some Chinese martial arts. Some of these DVDs are extremely rare and can only be bought in Japan!