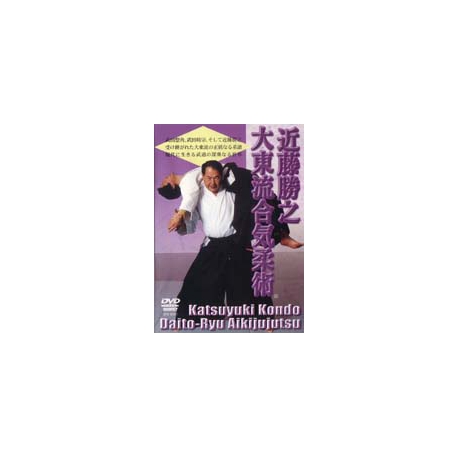 This DVD enhances a better understanding of Daitoryu: history, demonstrations, explanations, techniques and interview of KONDO.

Katsuyuki Kondo is the only individual to have received the menkyo kaiden (license of full transmission) from Takeda Tokimune, and as such continues today as the head family of the Daito-ryu Aikijujutsu tradition.

He was born in 1945 in Tokyo. He practiced several martial arts, including Daitoryu Aikijutsu, during his childhood. In 1961, he became a pupil of Tokimune Takeda and in 1970, he established the headquarters of Daitoryu in Tokyo and was elected president of Daitoryu Aikijutsu. He teaches all over Japan and overseas.

What is the Hiden Mokuroku?